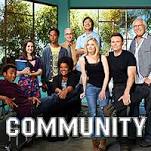 About a year-and-a-half ago, a group of friends and I gathered for a DVD comedy marathon.  Everyone attending was instructed to bring in their favorite episode of a half-hour comedy series, along with something delicious.  We kicked back for several hours, ate, drank, and watched a wide assortment of shows from traditional sitcoms like the little seen but highly regarded Buffalo Bill and everpopular 3rd Rock from the Sun, to subversive favorites like the still-going-strong South Park, animated cult classic Frisky Dingo, and (my pick) the brilliant anti-sitcom It’s Always Sunny in Philadelphia.  As the afternoon wore on, I noticed two important things:

I suppose, in retrospect, this should not have been so surprising.  After all, kettle chips are deep fried, salty heroin.  But as for why some people laughed more at John Lithgow than Eric Cartman, or howled at Kaitlin Olson while rolling their eyes at Dabney Coleman…who can say?  One of the great mysteries of human existence is how our sense of humor works.  As kids, we all love slapstick and anything else where adults act like idiots.  Which is why cartoons and C-SPAN are such a hoot.  But as we grow older, our sense of humor develops and becomes individualized, much like our taste in music.  Everyone likes Adam Sandler, right?  Wrong!  I find his retarded manchild shtick painful and repetitive.  Yet I’m the only person in the known universe who enjoys Ishtar, the biggest comedy flop in recorded history.  Two and a Half Men and Glee are more popular than free money, and I respond to them like a cancer diagnosis.  And yet I laugh like a mental patient on helium at Arrested Development, even though its ratings were somewhere south of nonexistant.  Point is, I can’t tell you what’s funny.

Except this one time.

Community is funny.  And I don’t mean a chuckle here and there funny, or an occassional line you share with a coworker funny.  I mean, it’s a show you have to DVR and pause over and over ‘cause you’re laughing so hard funny.  Now in its second season on NBC, Community is about Jeff Winger (Joel McHale), a vain, fast talking lawyer disbarred after it’s discovered he didn’t graduate from Columbia University, but Colombia the country.  In order to get a quick degree, he enrolls at Greendale Community College where he starts a Spanish study group, initially to hit on a gorgeous but earnest ex-Peace Corps volunteer named Britta (Gillian Jacobs).  Also in the study group are Abed (Danny Pudi), a half-Palestinian half-Polish pop culture savant who may have Aspergers; Annie (Alison Brie), an overachieving, recovering pill addict; Pierce (Chevy Chase), a wealthy old buffoon who has no idea how racist and horrible he often is; Shirley (Yvette Nicole Brown), a Christian single mother whose sunny nature can turn ferocious when challenged; and Troy (Donald Glover), a former high school star quarterback given to surprising outbursts of emotion.  The group – which of course we never see actually study – comes to form a surrogate family.  Cynical and selfish as Jeff often is, he slowly comes to be a better person thanks to the hilarious, weird and at times sincere lessons he learns from this odd collection of people.  No, it’s not a groundbreaking concept.  What is original is how the show sort of knows it’s a show.  Although series creator Dan Harmon has banned certain meta cliches like characters addressing the camera or having flashbacks, Greendale is a place where almost anything can happen, from an STD Fair (“Catch knowledge!”) to a spot-on Goodfellas parody centered around who controls the distribution of cafeteria chicken fingers, to full-blown open warfare when a campus paintball match gets way, way out of control (the prize is early registration).  It’s one of the smartest shows on TV, designed to look a bit over the top, which only gives the satire more bite.  Ironically, Community is up against Big Bang Theory, a particularly stupid show which pretends to be about smart people.

Like all great shows Community is only as good as its cast, and this is as good a comedy ensemble as you’re likely to find.  Joel McHale, already a proven comic ace from hosting The Soup, makes a perfect deadpan lead, firing off snarky lines like tracer bullets.  Those who only know the stunning Alison Brie as “Trudy Campbell” on Mad Men will be amazed how different and funny her performance is as the sweet but high strung Annie.  Danny Pudi, a skilled mimic, gets both laughs and surprising but well-earned sympathy as Abed, the film geek whose father wants him to run the family falafel stand.  I’ll say it right here and now; I haven’t liked Chevy Chase since he was opening Saturday Night Live every week with a pratfall.  But damn if he hasn’t found his redemption, absolutely killing it as the politically incorrect Pierce.

Abed:  You said I was a terrorist.

Annie:  You said I had a crafty Jew brain.

Pierce:  No one knows how to take a compliment!

And yes, he still does his own pratfalls.  Perhaps the biggest surprise is Gillian Jacobs, an actress given to more serious parts who plays Britta.  She starts as the relative straight person but once her ego and emotions get the best of her, she becomes a female doppelganger for Jeff.  After they finally sleep together, she confronts Jeff’s snotty girlfriend:  “Jeff needs a girl who doesn’t just not wear underwear because Oprah told her it would spice things up, he needs a girl who doesn’t wear underwear because she hasn’t done laundry in three weeks. He’s been to flavor country now, they should retire the table we did it on.”  Other standouts include Jim Rash of the Groundlings as overenthusiastic pansexual Dean Pelton and former doctor turned standup Ken Jeong as psychotic Spanish teacher Senor Chang.

Community debuted last season along with another great sitcom, Modern Family (see my write-up from three weeks ago).  Modern Family has gone on to become a massive hit because it deals with the familiar; we all have families, and we all see ourselves in the characters.  Community, on the other hand, asks the audience to embrace characters who are, at first, a bit off-putting and – let’s be blunt – failures.  However, we come to revel in their small victories because they’re failures trying to make themselves winners.  It’s edgier.  If Modern Family is the Beatles, Community is the Rolling Stones.  We all love “Hey Jude,” but where would the world be without “(I Can’t Get No) Satisfaction?”