You are here: Home / Entertainment / TV / My Take On Hawaii Five-O 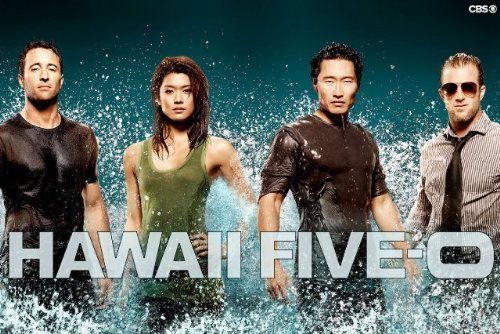 The 1960’s were the undisputed golden age of TV opening credits sequences.  Every cop/detective/spy series had to have its own distinctive theme music by a topflight composer and a fast-paced montage guaranteeing more danger, excitement and romance that no mere hour of television could really hope to deliver but promised just the same.  I’m talking about the lit match of Mission: Impossible, the split-screen of Mannix, the swordcane John Steed used to toss a rose to Emma Peel on The Avengers, and of course the big kahuna of them all, the rush of island imagery and action that opened Hawaii Five-O.  It was a solid minute of adrenalized bliss combining giant waves, rack zooms of landmarks, hula girls, and the cast giving purposeful looks as their names came up, all razor edited to Morton Stevens’ justifiably classic theme music.  Even today that whip pan of Steve McGarrett’s black Mercury shooting by can cause neck injury.  What few viewers remember or admit was that after the cooler than hell titles, Hawaii Five-O was a pretty stodgy show.  It was four middle-age guys in suits (the only female member didn’t surface until the last season) confronting cliched gangsters, smugglers and “Red Chinese” spies.  And young people were almost universally portrayed as overpriveledged, self-righteous hippie layabouts having nothing better to do but dance and body paint while canned guitar music bleeted from their transistor radios.  One early episode featured that epitome of counter-culture evil and venality, the highly violatile Ricky Nelson, as a villain.  Of course, his shoulder length hair and amplified music were no match for the forces of Nixon-era virtue symbolized by the buttoned-down crew at Five-O.  Jack Lord’s portrayal of the unit commander Steve McGarrett was so formal and stiff, his hair never moved even during the most arduous action sequences.  His humorless square in paradise was the rosetta stone for David Caruso on CSI: Miami.  But audiences tuned in anyway, mainly for the chamber of commerce approved scenery, and the series lasted twelve seasons. 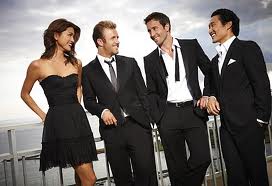 No wonder CBS wanted the show back ever since it left the air in 1980.  Magnum P.I. was created just so the crew and sets from Five-O couldl be put to use.  In 1997, the network commissioned and shot a pilot for a revival starring Gary Busey.  The result was so awful it never aired (the truly curious/masochistic can check out portions on YouTube) and the project was shelved until ’08 when the producers of Criminal Minds pitched reviving it but that also fell through.  Finally in 2009, screenwriters Alex Kurtzman and Robert Orci signed on to reboot the old warhorse much like they did with that summer’s Star Trek.  This in itself was intriguing because Kurtzman and Orci have written genre scripts both inspired (Mission: Impossible 3, the aforementioned Star Trek) and egregious (The Island, Transformers).  The new Five-O had equal potential to be awesome or disasterous.

Well, we finally have the result and while not exactly awesome, this new incarnation is much more entertaining, action-packed and just plain fun than most network cop shows.  (Justified, which returns to F/X in the spring, is the best cop show overall.)  Navy SEAL officer Steve McGarrett (Alex O’Laughlin) is offered the chance to lead this new as-yet-unnamed unit by the Governor herself (Jean Smart), who wants to get the badguys “the hell off my island.”  Needless to say, McGarrett will have carte blanche, so no pesky Constitution or Miranda for our heroes to fuss with.  In short order, he recruits transplanted New Jersey detective Danny “Danno” Williams (Scott Caan), disgraced but innocent ex-cop Chin Ho Kelly (Daniel Dae Kim), and Chin Ho’s cousin, pro surfer turned police cadet Kono Kalakaua (Grace Park).  Within the hour, they engage in no less than four shoot outs, kill around twenty heavily armed bad guys (nailing one with a speeding truck), and beat up close to another half-dozen.  The villain in the pilot is an Irish terrorist portrayed by the great James Marsters (“Spike” from Buffy the Vampire Slayer) who murders McGarrett’s dad and gets a bullet to the neck in return.  Of course his body falls into the harbor so he can reappear again during sweeps week.

So yes, action aplently, but I doubt the budget or network censors are gonna allow this much carnage every episode, no matter how well-staged.  (Len Weisman, who helmed the fast-moving pilot, also directed the last Die Hard flick.)  Luckily, the characters are a likeable group.  Alex O’Laughlin is no doubt the weakest of the principals.  He’s not terrible by any means, but he’s not exactly a boiling kettle of charisma.  He’s just sort of…blandly capable.  But Scott Caan on the other hand…oh my god.  Remember how his dad James Caan could be tough and hilarious at the same time?  The genes have definitely been passed down, as the younger Caan possesses the same gift for well-timed sarcasm amidst the gunfire.  He’s really the show’s standout.  Daniel Dae Kim, last seeing having the best death scene ever on Lost, is saddled with lots of expositional dialog and is a little too stereotypically sage as Chin Ho, but he’s an appealing presence.  Grace Park is pure eye candy, but what eye candy!  As Survivor has once again failed to fulfill my Asian girl fantasy quota, Park more than makes up for this.*  However, it must be said the Korean-Canadian actress is a little too slightly built to convincingly KO dudes with a single punch, but then I believed Sarah Michelle Gellar could kill vampires every week so what the hell do I know.

So you got your action, your laughs, your beautiful setting.  It’s the sort of series TBS does every summer but with a much bigger budget.  It’s not appointment television by any means but it is a breezy way to cap your Monday and, thank god, not another dreary procedural.**  Best of all, they’ve kept the kick ass opening credits.

*  Despite her appearance, Survivor’s Brenda is not Asian.  She’s Hispanic.

**  I call procedurals “dead girl shows.”  More on that when I write about the downhill slide of the CSI franchise.