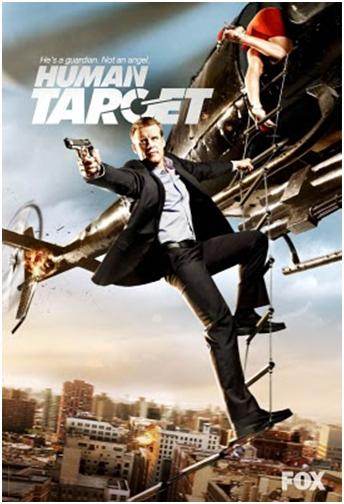 Up here in Santa Rosa, we got a place called Superburger.  It’s been around since, like, the end of the Peloponessian War, or close to it.  It’s this little stand on a corner of Highway 12 that specializes in – surprise! – burgers.  Just so we’re clear, I’m not talking about fast food.  Go in on a typical day, you’ll probably have to wait a good twenty minutes to a half-hour.  If you’re lucky, there will be a seat at the u-shaped counter that encloses the register and ancient milkshake mixer.  Otherwise, you’ll have to cool your heals outside until your order’s ready.  But it’s so worth it.  The burgers are huge, cooked to decadent juicy perfection, with mountains of toppings straight from the farm, dairy or slaughterhouse.  And make sure you order half fries/half onion rings, because they’re deep fried crack and they give you enough to fill a Boston Whaler.  One last item but it’s crucial: finish the whole mess off with a peanut butter milkshake because they’re what God drinks.

Human Target is the televised equivalent of Superburger.  Now in its second season, Fox’s action series isn’t going to win any Emmy’s.  Gwyneth Paltrow is never going to guest (thank the lord).  It doesn’t attempt to push boundaries or reinvent the medium or make you a better person just for watching.  It’s pure red meat fried in bacon grease.  If anything, Human Target will make you a worse person for watching.  But it’s so worth it.

The premise is simple enough.  Christopher Chance (Mark Valley) is a former hit man atoning for his past by working as a bodyguard for high risk clients.  Backing him up are Winston (Chi McBride), a former cop who manages their San Francisco office and often acts as the voice of conscience, and Guerrero (Jackie Earle Haley), a wiry felon/killer/torturer/computer nerd who has no conscience but acts out of an unwavering loyalty to Chance.  Every week features Chance getting hired to protect a new client and pretty much winging it – he doesn’t do plans – as he makes hash out of the bad guys in a succession of beautifully choreographed fight sequences.  Meanwhile, Winston does his best to keep Chance on the straight and narrow while Guerrero hacks computer files, intimidates people and commits the occasional murder, all for the greater good, of course.

1) The chemistry of Valley, McBride and Haley is superb, with constant needling and back and forth jibes, especially between the morally upright Winston and the morally vacant Guerrero.  Valley plays Chance with just the right amounts of square-jawed toughness and self-aware goofiness.  His character is a tarnished James Bond for rent, who can speak every language on the planet and synthesize lethal gadgets from fire extinguishers and paper clips, yet would just assume kick back with some leftover Chinese food and his dog.  And let me stress again, Guerrero is one cold motherhubbard.  On any other show, he’d be one of the bad guys, and that’s just how Haley plays him.

2)  Despite all the gorgeous women Chance encounters, none are bimbos.  They’re usually scientists or district attorneys or even fellow ass kickers who need Chance’s help and just as often save him when the situation gets sticky.  My particular favorites last season were Courtney Ford as a flight attendant who may not be all she seems when Chance is protecting a client on a plane, and Leonor Varela as Chance’s mercurial ex-flame who’s now a South American revolutionary.  It’s the show’s way of saying this is a big sandbox and the girls can play in it too.

Now let’s get to what bugs about Human Target’s second season.  The suits at Fox, who never met a great show they couldn’t meddle with if not outright destroy (call it the Firefly syndrome), decided Human Target needed to add some X chromosomes.  So the season opener gave us Isla Pucci (Indira Varma), a wealthy socialite and former client who is now the agency’s bankroller, and Ames (Janet Montgomery), a young master thief who Guerrero reluctantly takes under his wing (after deciding not to kneecap her).  Varma is a decent actress, I guess, with exotic looks offset by a posh RADA accent, but take a close look at that name:  Pucci.  As in Poochie, the epically awful designed-by-committee cartoon dog forced on Itchy & Scratchy in that Simpsons episode which was all about the idiocy of forcing characters into well-established shows.  As for Montgomery, she may be the best actress in all television history but I’ll never know because Ames is as dull and cliché as they come.  She supposed to be all kinds of sexy and attitudey and  girl powery and whatever else the curse of Katy Perry has wrought upon the earth.  However, Ames joins Cousin Oliver, Scrappy Doo and Dawn Summers as one of the most deathlessly annoying and superfluous characters to ever ruin a show.  First season Guerrero would kill her without hesitation, and pick his teeth with her femur.  Now that great psychotic character has been emasculated, playing babysitter while he should be stapling punks’ eyelids to their forehead.  Meanwhile, Pucci struts around in power suits and heels and is just appalled that Chance and his guys have to play rough with the baddies.  These guys don’t need a mom.  That was Winston’s job anyway.

Nevertheless, I continue to recommend the show.  The banter among the three dudes is still sharp, and the action is intense as ever.  No, it’s not as good as the first season, but it’s still a great cheeseburger of a show.  Come February, we’ll get the filet mignon that is Justified.

Archer is not only the funniest animated series on air but perhaps the funniest series period!
The Walking Dead - Zombies - Who Doesn't Love'em?
Glee